All Collections
English
Frequently Asked Questions
Who can see the task of whose in Runrun.it?

Who can see the task of whose in Runrun.it?

Written by Danilo Rocha
Updated over a week ago

Runrun.it has some rules for viewing, editing, creating, transferring and deleting tasks, in order to provide a safe environment for confidential data and projects. For this, you have to set who can open tasks for whom and who can see the tasks of whom in the system.

More than increasing safety, these rules help you organize the workflow in your company. And when used properly, they can also increase the productivity of all the teams involved within the tool. Therefore, we have prepared this article for you to better understand who can or cannot see each task: 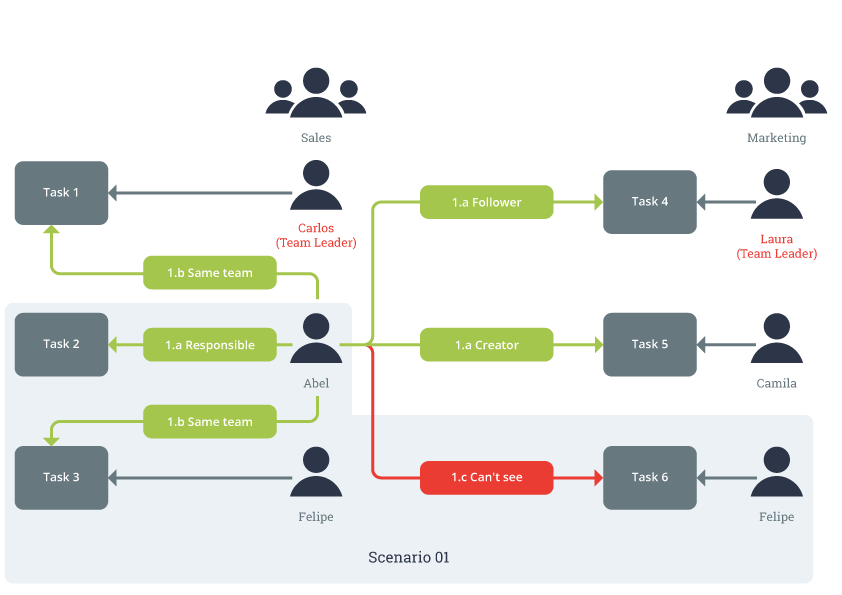 A team leader, in addition to having user permissions (mentioned in item 1), can still view:

a. All tasks without team, whose creators or responsibles are part of his/her team. 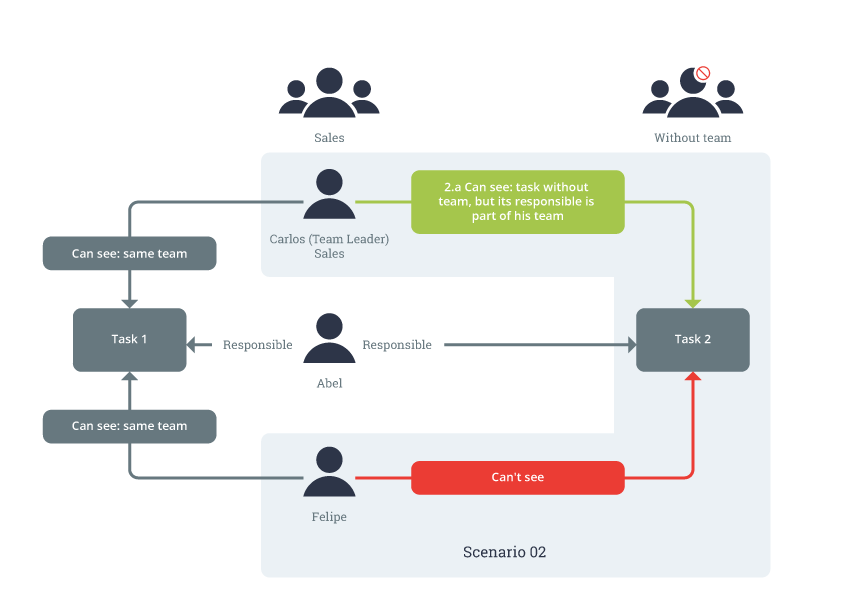 Scenario 02: Carlos is the leader of the Commercial team, which is composed also by Felipe and Abel. Abel can’t see the tasks Felipe is directly related (as responsible, follower or creator) that do not have a team, but Carlos can because he is Felipe’s Team leader.

Managers and administrators can see all the tasks in the Runrun.it company's account.

When selecting the task Responsible, note that the same user can appear in different teams. Example: If Edgard Allan is part of the Development, Finance and Marketing teams, you can select her as task Responsible in any of the three versions. See below.

The same user can play different roles in the company. Therefore, the task will be assigned to the team of its Responsible.

Who can be responsible for a task in Runrun.it?

What happens to a Sequence of Responsibles when I delete a team or a user from a team?